What is the difference between UUID and Unique ID?

In the phplist manual it states:

In the mysql reference manual for guidance on using regular expressions in mysql.

Are they referring to UUID or “Unique ID” as each subsribers record has both.

@pancakehollow You seem to be looking at the documentation for the Segment plugin but your question isn’t directly to do with the plugin.

It is referring to the id column of the user table, which is separate to both the UUID and Unique ID fields.

Hello and thanks for that. I’m looking at the paragraph titled “Evaluating Conditions” in the Segment Plugin because I couldn’t find any examples of how to use Regex in the Segment Tab availalbe to me when choosing subscribers to send a campaign to.

Indeed it works properly it would seem when I use the users Unique ID following the regex example for the segment. But it also works for the UUID which I always thought was Unique User ID. Thus it’s easy to confuse the two when the instrucitons for using regex state:

This selects subscribers whose id ends in 0 or 1, which will select approximately 20% of subscribers.

Are you suggesting I look up the users via regex in mysql against the id column in that table? That seems like a difficult maneuver given that the plugin is designed to do exactly that - albeit without the confusion resultling from the use of “User ID”.

@pancakehollow I don’t understand what you are asking. The documentation refers to the id column of the user table. What is unclear about that?

When composing a campaign, the drop-down list on the Segment tab has “Subscriber unique id”. That is referring to the uniqid column. The plugin doesn’t support the uuid column.

Take a look at the images.

One is lifted from plugin:segment [phpList Resources] and it states, when trying to drill down into a specific user or users, the admin can use regex. That’s a great feature!

Great! When using the drop-down selection there are two choices about ID’s: “Subscriber ID” and “Subscriber Unique ID” both of which presumably use regex. And yet if an admin actually opens the phplist record for an email user (see image id.png4 ) and since the documentation only states “Subscriber ID” we are left scratching our heads wondering which field represents the “Subscriber ID”: is it the field called “Unique ID”, or “UUID” or “ID” (at the top of the record) all of which are different animals from each other.

There is nothing called “Subcriber ID” in a user’s record.

When composing a campaign, the drop-down list on the Segment tab has “Subscriber unique id”. That is referring to the uniqid column.

But how would anyone know that unless they opened the mysql database which is not suggested in the “Evaluating Conditions” with regex, tutorial. In fact it’s pretty clear that the documentation suggests users to view the phplist email accounts record.

You don’t see how that can sow confusion? 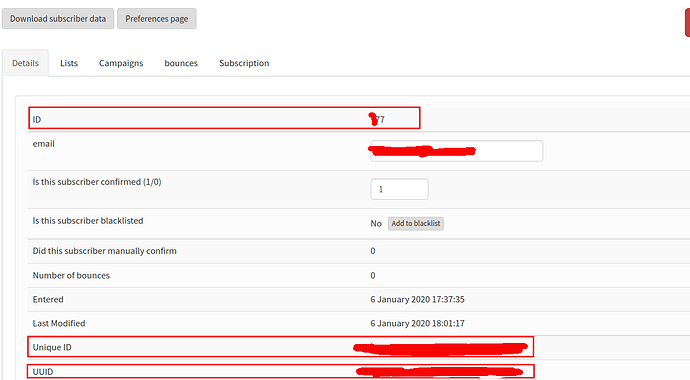 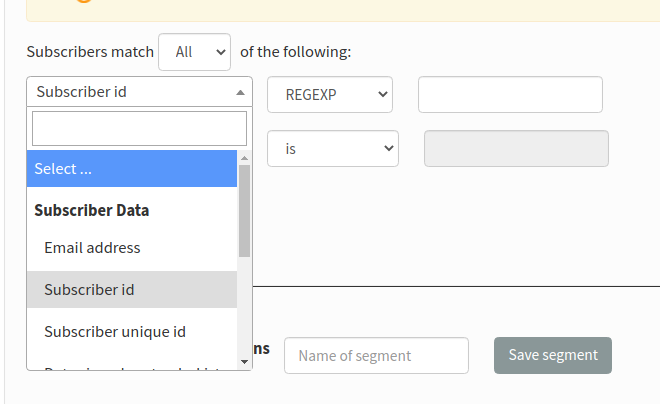 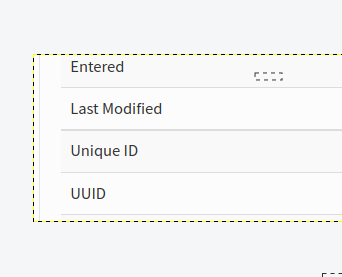 There is nothing called “Subcriber ID” in a user’s record.

Thank you! I never would have found that. Always good to have another set of eyes.